This is one of those things, that although measured out to be 1:12th scale, just doesn't seem like a 'miniature' anymore haha.
I'm playing around, having a go at making a horse. Well, I'm actually making a unicorn, but since I don't think a lot of dollhouse collectors need unicorns, I'm going to make the horn detachable - that way I get to make a unicorn, but if someone decides to buy it, they can use it as a horse (or unicorn, if they want).

I'm almost done with the sculpting - just need to make ears, a horn and some corrections/even out a few areas etc.
I'm sure that people who know stuff about horses can find tons of things wrong with it - that's what you get from sculpting partly from images and partly from your own imagination ;) but you know what? As far as I know, there aren't any rules for what a unicorn can and cannot look like! haha. And I don't think you'll even see all the muscles that well once the fur has been added. 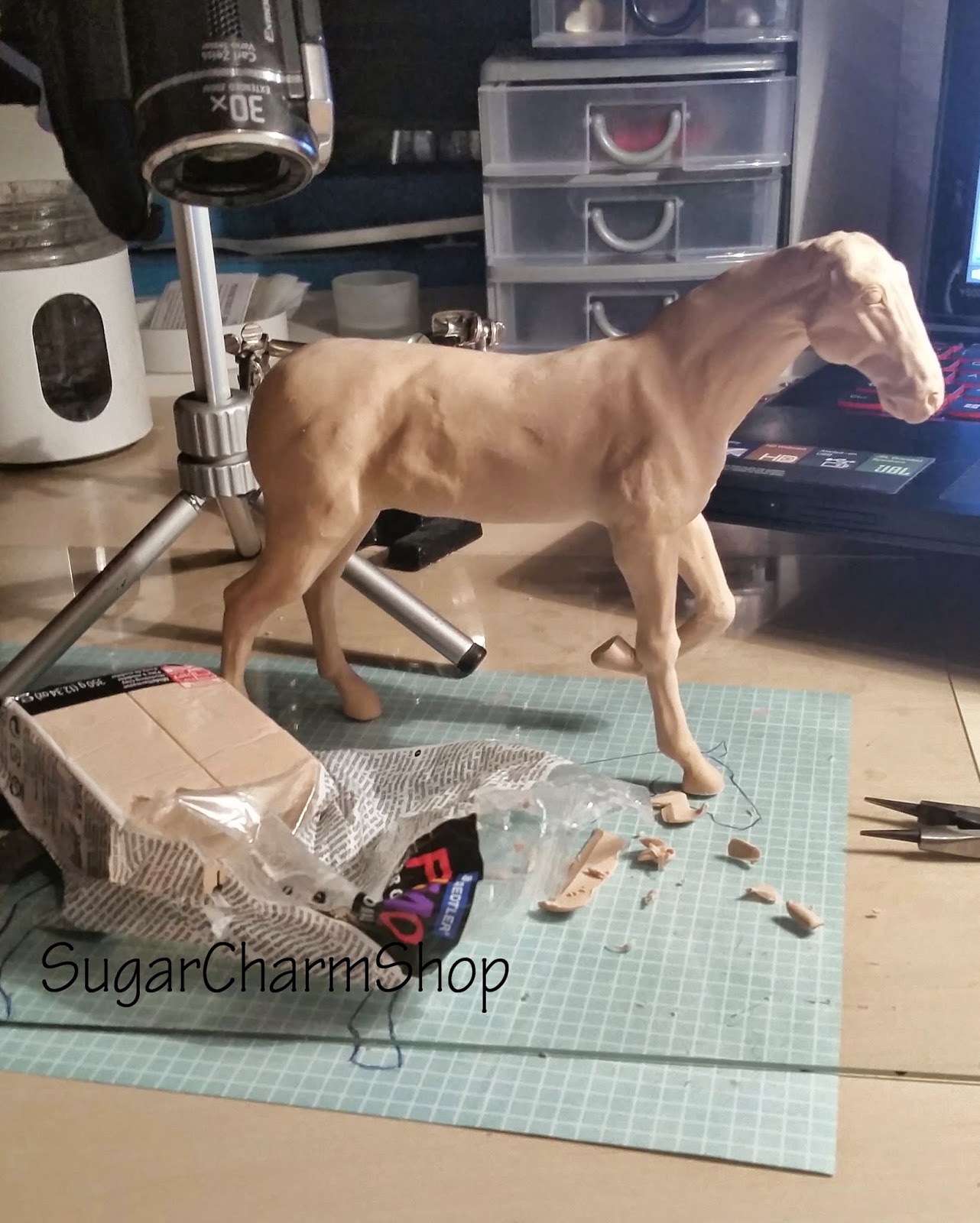 I have been recording throughout the process and am hoping on being able to post the first video Friday... otherwise Monday :)

I guess I'll be spending my evening today, in front of the TV, cutting flocking powder for the fur *sigh*

I was thinking of, whether or not some sort of hair trimming device would be able to cut flocking powder faster... might go and ask a hair dresser what they think - I don't want to invest in a hair trimmer that I end up not being able to use...
but for now - I will continue to use scissors.
And yes, I know you can buy flocking powder,. but I want to be able to not only pick the color, but also the material. The look you get from eg. yarn or ribbon is different from the look you get from something like mohair.

I'm using the new doll clay from Fimo; "Fimo professional doll art". The color I'm using is 'sand' which really doesn't matter for this project because I'll be painting over it, but I really like the formular. It's nice and pliable, it comes in a resealable bag - which is always great so you don't need to worry about dust, and it doesn't really change color that much after baking.
It does say that you should bake it at a MAXIMUM of 30 minutes.... I'm a rebel! So I made a small test piece and baked it for 50 minutes *evil laughter*.. Honestly, I don't know why you shouldn't bake it for more than 30 minutes because the result I got was the same as with most brands of polymer clay; Baking it for longer makes it stronger. My test pieces, which was a 8mm thick snake, was really strong after baking, and I could bend it without it breaking - it just bent back into shape. Of course you shouldn't purposly apply stress to the clay after baking, but still.
Posted by Tanja - SugarCharmShop at 29.10.14