Miniature pottery? haha, yeah..
I've been wanting to try my hands on miniature pottery for over a year.. Actually, I first thought of it back in 2011, shortly after I started making miniatures. I liked the idea of being able to make any size or shape of plate/bowl you needed or any tray, pot, vase, jug etc. But back then (since I'd just started out) something like ceramics seemed frightening, and no way would I've been able to afford the tools and materials - I mean, a kiln?!
After I started using metal clay this year, and learned that a kiln doesn't have to take up an entire room, that urge to try my hands on it came back..
After a lot of research to find out what exactly I needed, I decided to make an order for a pottery wheel a couple of days ago - as well as some clay and glaze. I won't be buying a kiln until January or February, but I thought I could practice... I've never, ever made any type of ceramics before and have never worked with a pottery wheel, so practice will be needed, haha.
It arrived today and I've had a quick play with it.
These were my first attempts (still need to trim the bottoms); 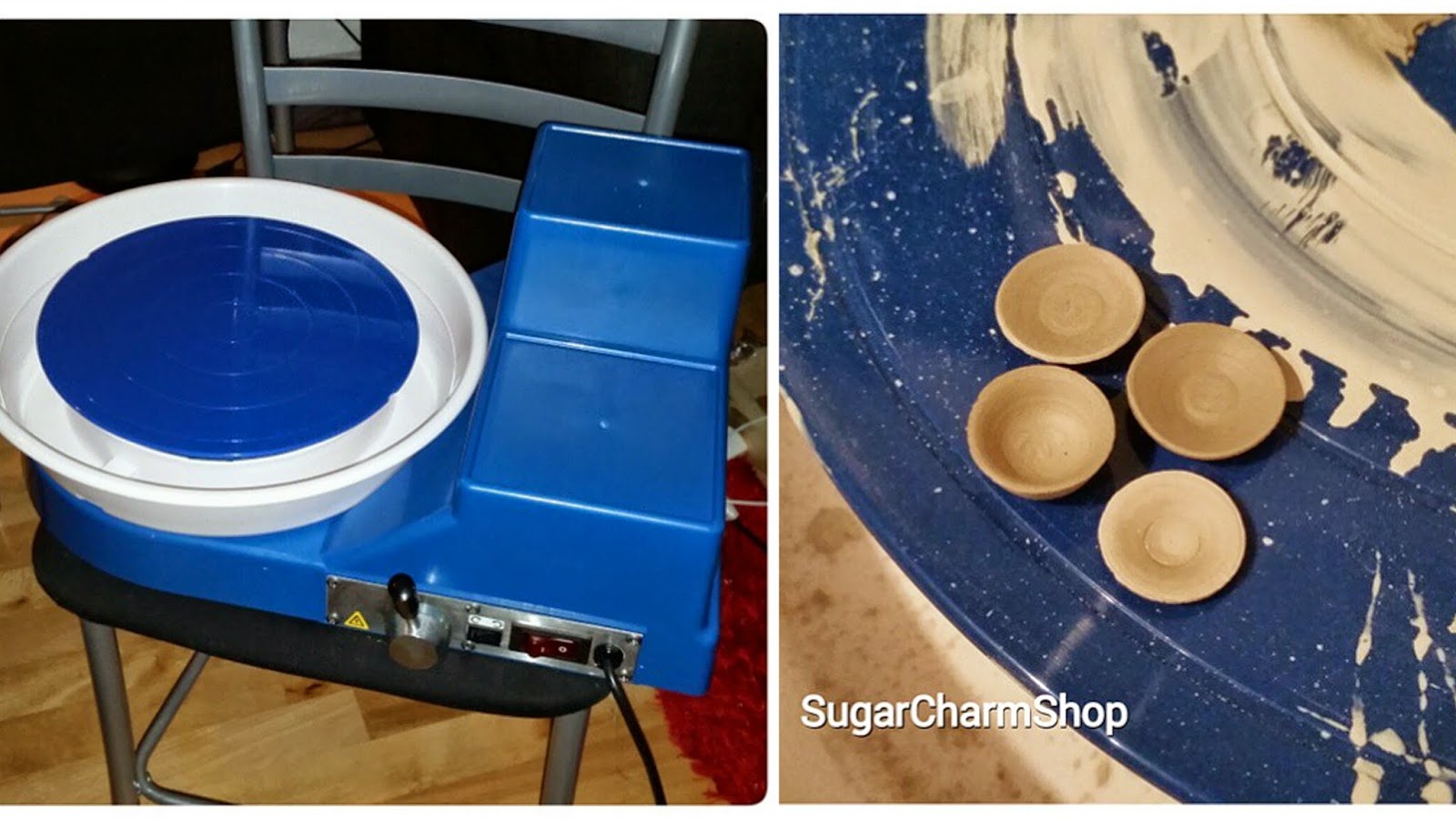 What can I conclude so far?;
1, It's a disadvantage to have long nails! - but I'll just have to see that as a challenge.. in my mind it's not an option to cut them.
2, probably should've waited for my tools to arrive in the mail (basic trimming and pottery tools from ebay) but I didn't feel like waiting up to 2 more weeks before I could have a play with this.. So I just used a wooden stick, a makeup sponge, xacto knife and a blade (for removing the dishes from the wheel).

But you know what? for a first attempt I don't think they're that bad at all!! *proud* lol

The only problem now is, that I reeeeeeally want to fire it..

Will have another play with the wheel tomorrow, after recording the next polymer clay tutorial for my YouTube channel... or maybe I'll just wait till Saturday.. as if =)